Writer.
Thinker
Worker
Dreamer
Hey kids - On this site you can read some of my writings both old and new.     If you want a copy of "Recycler" send your mailing address to elvisrogers@yahoo.com and I'll mail you one.  All feedback is appreciated.  Look for "Mirror, Mirror, Off The Wall"  It will be available in the spring and can be purchased thru this site and other venues.  I will keep you posted...….thanks...…"E"

Writings  about  the  life  both  real  and  imagined. 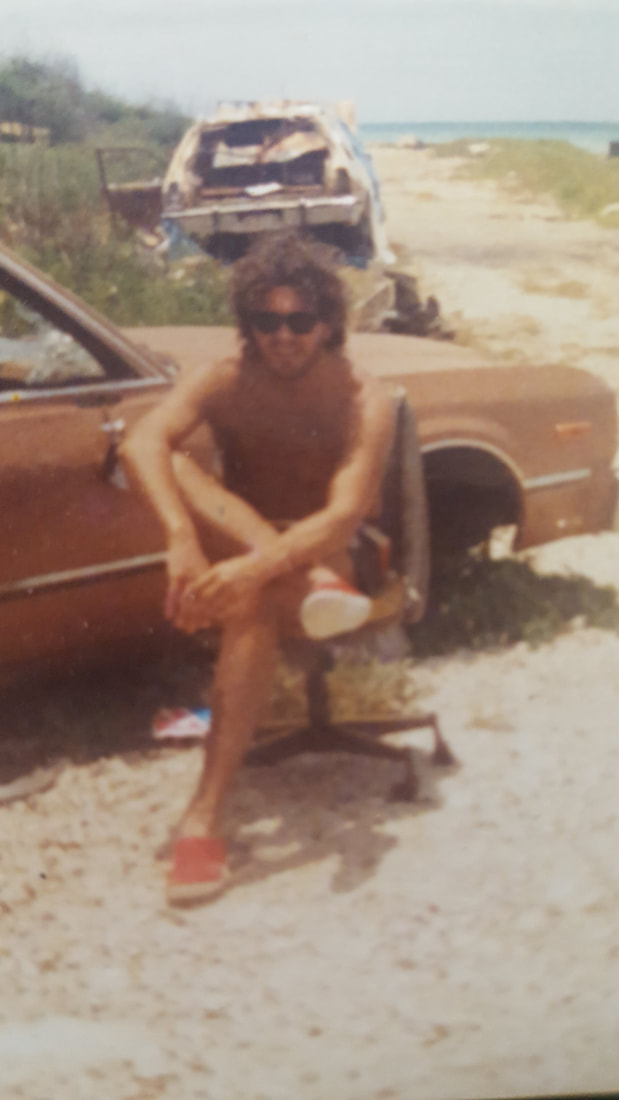 There cannot be an action without there first having been a thought. I ponder this a lot lately, maybe too much. I think about my past actions and try to remember the thoughts that came first .It's not easy. We remember the actions. It's not easy to remember the thoughts. We spend most of our time in our thoughts but it's our time spent "out of mind" that is noticed and remembered .Our actions sometimes demonstrate our thoughts and sometimes mask them.  Rightly or wrongly, either way we choose the action, the demonstration. Some people say "I always speak my mind", but they don't. . No one ever could or will. To do so would open your mind to to review and that's the one state of nakedness that requires  an immodesty  that no one dares achieve. Only in our hours of birth and death do we approach that level of openness. We spend our time in the shadow world of thought moving soft along the edges of time like a panther in the rain. So, with these thoughts in mind I present to you the notion that perhaps our thoughts often require more courage than our actions. We wrestle with demons and angels alike and sometimes the resulting action might be no more than just the decision to take another step. Put one foot in front of the other. We never ask why a person takes another step but maybe we should knowing now that every action requires a thought. Any step might be the beginning of a quest or the ending of a journey. You will only know what the actions reveal to you. Guard your actions, but also guard your thoughts as your thoughts are what you live with....alone. It's a strange dynamic of life that you are  always alone, yet never alone.  So now it's time for bed and for a few brief hours I'll become the panther in the rain, just moving softly along the edge of time....step by step.....thoughts of tomorrow.

A  Summons To Tupelo

I got the call from Ronald and was instantly ashamed of myself. Ronald was a nice guy that I had known back when I was growing up in Mississippi.He was quiet, he was kind, he never made trouble, he never bothered a soul. He was also my third cousin. The shame I felt was on a deeply private and personal level and it cut me to the quick. You see, I had not thought of Ronald in at least 30 years. I had not seen him, had not heard of him, and when I say I hadn't heard of him I mean exactly that - a thought or memory of him had not crossed my mind. Now, out of the blue, he had thought of me....he said so. He called. How could I have not thought of someone that had always been kind to me while at the same time I am constantly obsessing over people that are not so kind to me? Oh, the damn shame of it all!
I tell him how happy it made me to hear from him. I declare that we simply must visit soon. I'll drive down to Tupelo when I get  the chance to meet up with him.  Ronald tells me that he's just getting over heart surgery and does not get far away from the house much anymore. We will talk more later.
After I hang up the phone I think that he must look a lot like his dad looked at the same age. That's the age I last remember seeing his dad. I wonder about the conversation we might have. I'll ask about his life and he'll ask about mine. How will I explain the last 30 years of my life in 30 minutes? I'll probably reply as I've learned to do over the years:   moved, moved back, moved again, married, moved, moved again, someone died, moved , divorced, moved, married again, moved again. I'll reduce my life to fragments of time and events and place. I cannot explain the reaching, grasping , the confusion, the quagmire of memories, the shock of time and the nuances that make up my life. No, I won't even try, I'll just stick to the script although I want to learn these same things about him. I'm willing to listen . What does he believe?  What has lead him through life? What have you learned in 30 years?  You   must know some things. Now spill it!
It turns out that I did soon drive to Tupelo. It was a 2 hour drive.   A 2 hour drive of listening to John Boy and Billy on the radio and  sometimes listening to a Tony Joe White CD.  It was a pleasant drive. In due time I arrived at our agreed meeting spot - a Waffle House on the highway. Sure enough, Ronald looked about like I imagined : he was heavy, bald,  walking stick in hand.  I had imagined he might be riding on a scooter but there was not one to be seen. I was wrong about that.
I feign rapt attention as Ronald relives his heart surgery, the events leading to his heart surgery, the aftermath of his heart surgery, the long-term effects of his heart surgery.....all in delicate and fine detail.   Plenty of pregnant pauses to lend emphasis. A through picture being painted of middle-age illness. After about an hour my vigor has waned.
I am now death eating a soda cracker.
Ronald continues on with the intensity and conviction of a marathon runner.
I imagine myself as his soul hovering over the operating table.
Ronald drives onward with a complete primer on after care and out patient responsibilities.
I look for my reflection in the  greasy window of the Waffle House and I see a bloody-mouthed buzzard sitting on a fence post waiting for something to die in the road. This must be me.
Far beyond the time I had positioned myself so to point every available appendage towards the door, deep into the second pot of coffee, Ronald volunteered that his parents were both dead and he had moved to Tupelo about 25 years ago.
My high-minded idea about having some moving conversation about our paths of life was no longer important. I was cured of that. Well at least I stuck with the script. I I suppose it was expected of me. I felt summoned to Tupelo, and now I'm feeling summoned to leave. I missed the last half hour of John Boy and Billy.
Soon I'm driving in the car feeling all ashamed again.  I don't know why. I guess we never really do.

Read more of my stories in the Journal section.